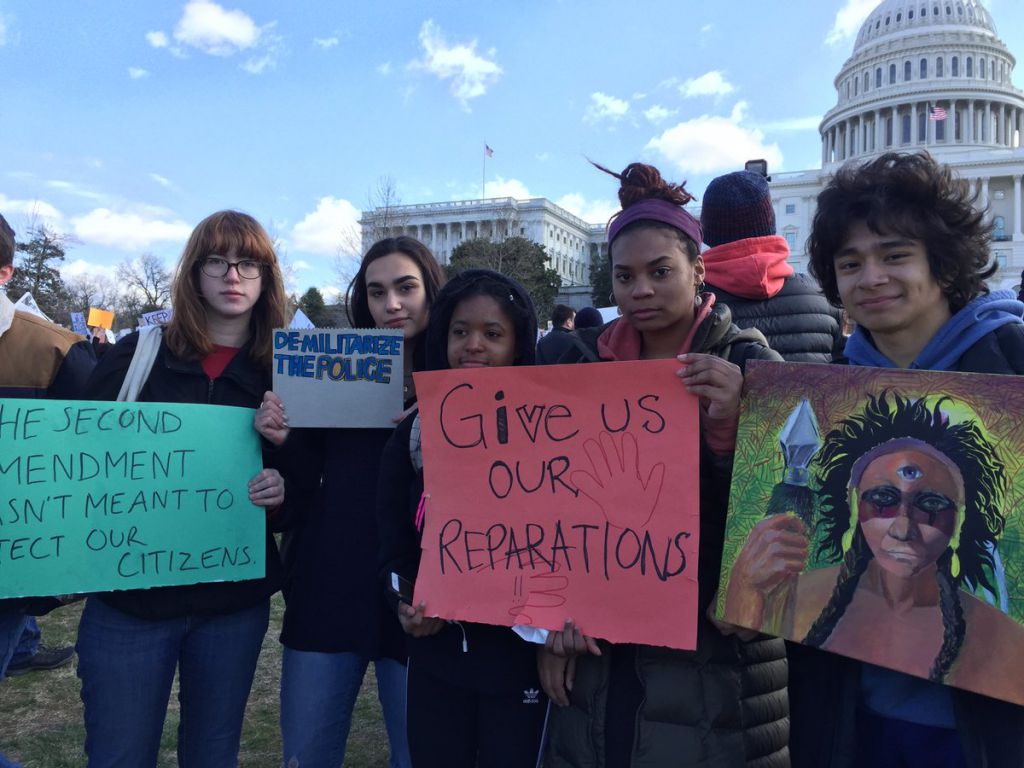 Cutting Class–Counterinfo for the Ungovernable Generation

Tons of kids are cutting class today as part of a day of nationwide walkouts against gun violence. Some are walking out for only 17 minutes in memory of the 17 students killed at Stoneman Douglas HS on February 14th. Others have carried out full marches & rallies, taking streets and protesting in front of major symbols of the institutions that prop up the NRA & the militarized gun culture of the U.S. We’ve rounded up a collection of some of the most inspiring shit we’ve seen, including the moments of militancy that go unappreciated by mainstream media outlets.

HAPPENING NOW: Kids outside of the Trump Int’l Hotel in NYC are chanting “Hey, hey, NRA, how many kids have you killed today?”#NationalWalkoutDay pic.twitter.com/JSHoslNqn7 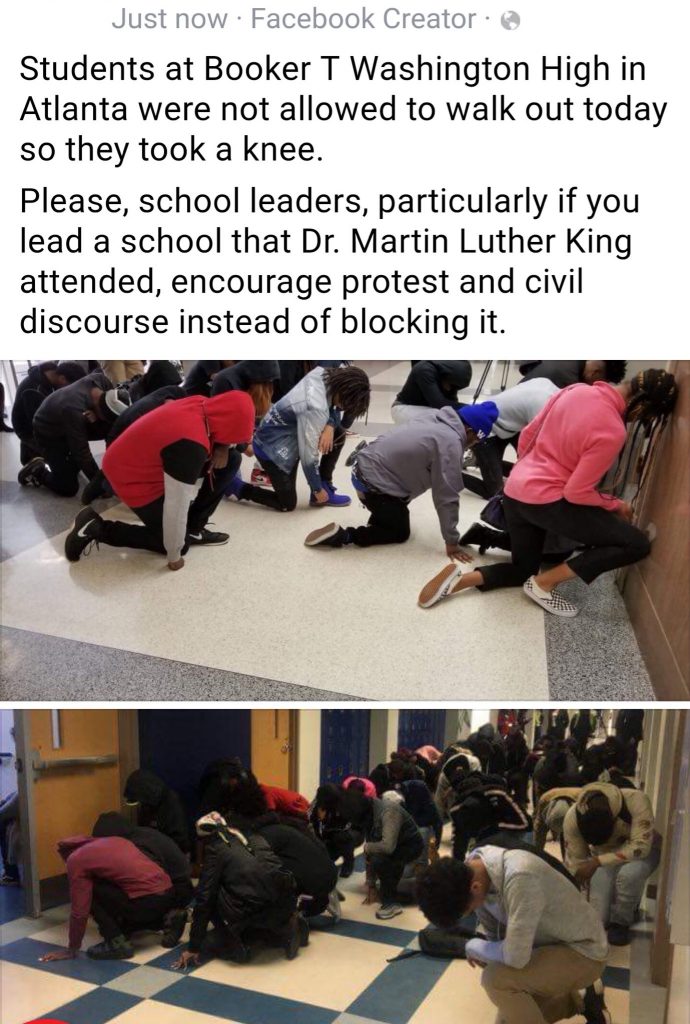 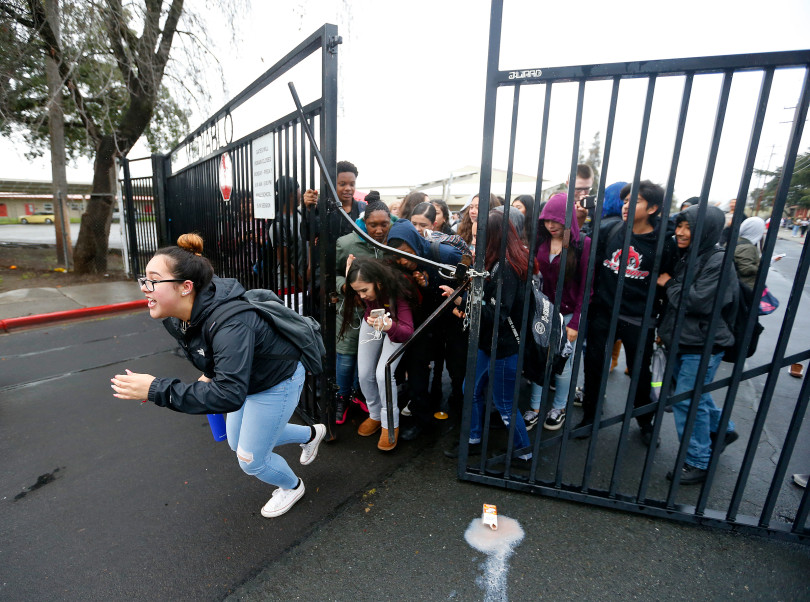 Kenwood students running toward lake shore drive, which some students want to try to shut down. Cops now racing that direction too. pic.twitter.com/FYVoIv3wM1

[Editor’s Note: Later tweets confirmed that Aminah was not in police custody and will not face criminal charges. We featured this tweet to highlight the police repression & intimidation of black student protestors in the midst of this movement.] 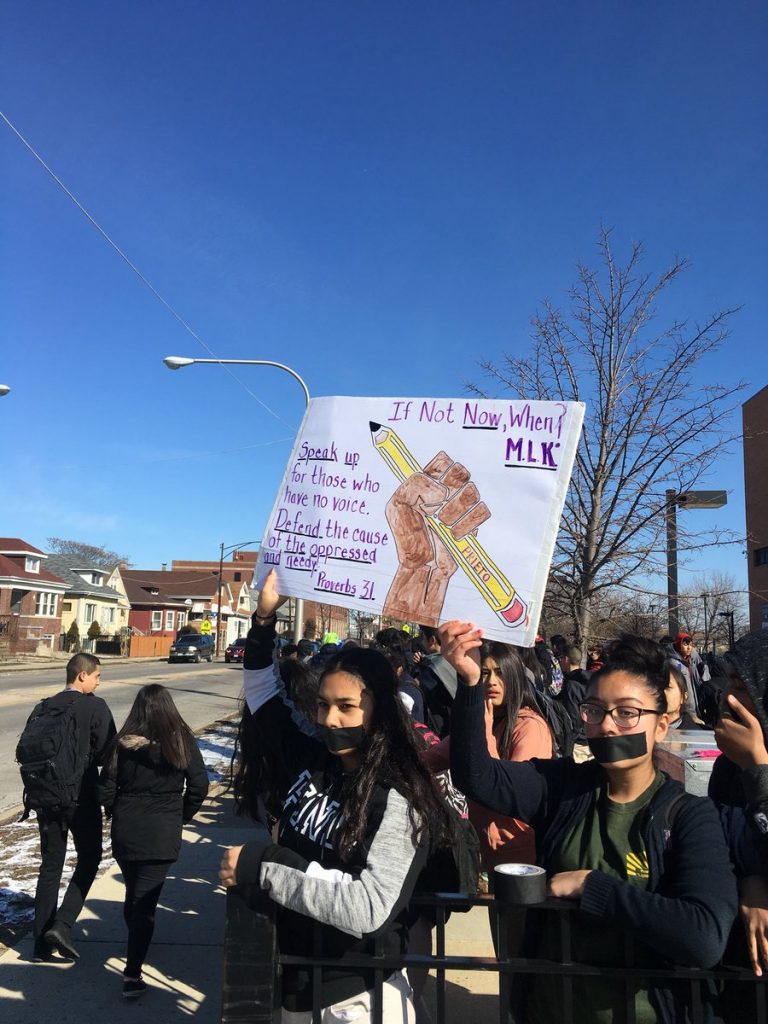 Two schools in the South Side of Chicago #NationalWalkoutDay pic.twitter.com/IeWPVHmcHu

More walkout photos from Chicago. The police were displeased with the situation. One cop turned to a crowd of supporters and said, “WHO ORGANIZED THIS?” And I was thinking, “Damn dude, don’t you internet?” #NationalSchoolWalkoutpic.twitter.com/A4Ro1dmkLP

Chicago students give list of demands for what they want for their schools and community #NationalWalkoutDay #Enough pic.twitter.com/22oGgElhhP

[Editor’s Note: The demands these kids make are way deeper than just gun control–stopping the growth of police, restorative justice, racial equity, and combating economic inequality. Even if you believe their particular demands are liberal, they’re worth listening to & engaging with. Once upon a time, you were a liberal high school student too.] 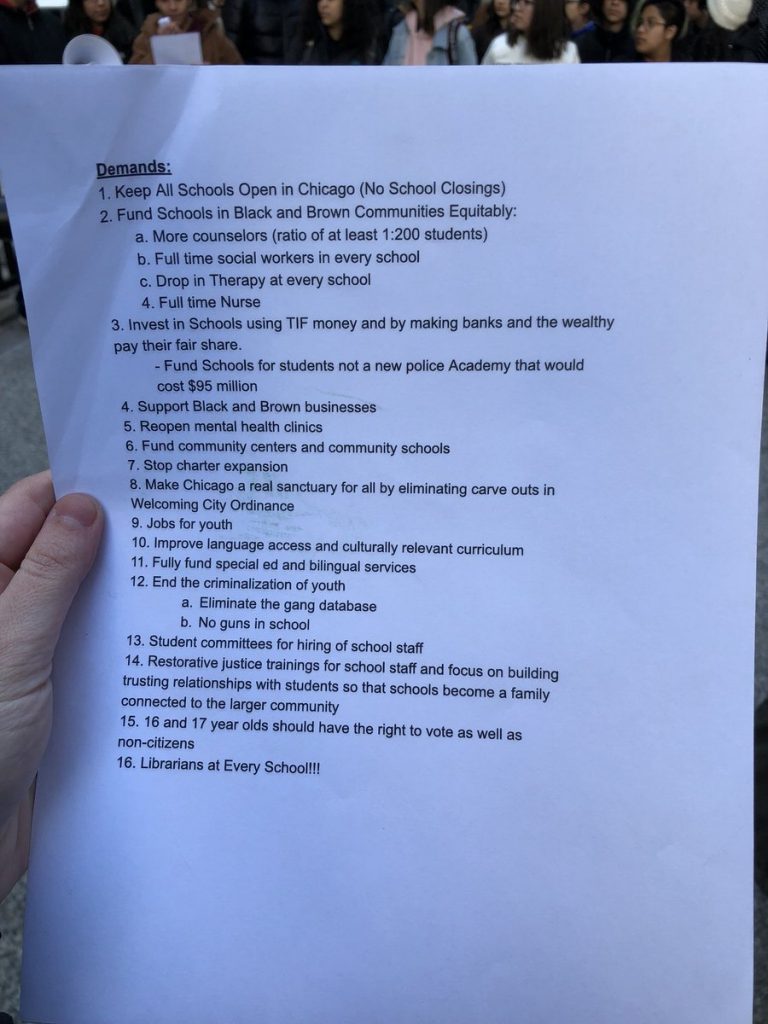 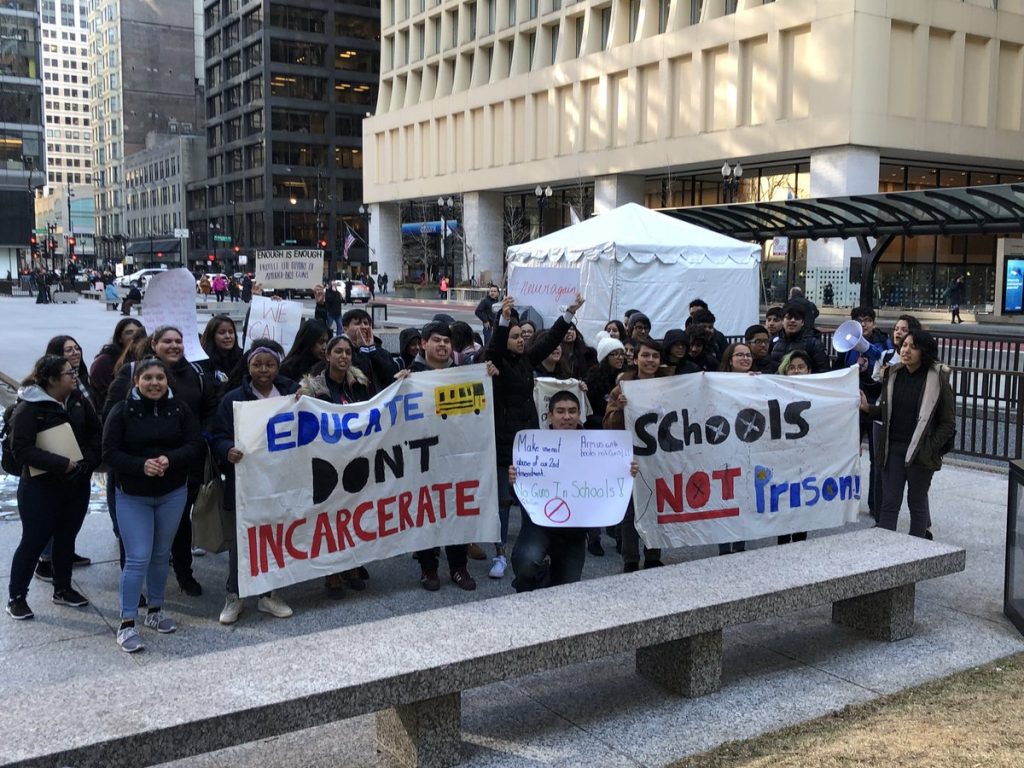 Students have marched into City Hall and are doing a sit-in on the 1st floor, more schools reps are speaking about the disinvestment and disregard for Black youth in this city. #nationalwalkoutday #neveragain #NoCopAcademy pic.twitter.com/Fs73weqhXD

So proud of the kids in my community #NationalWalkoutDay #NoMoreGuns pic.twitter.com/wnjeJknNYf

Under threat of suspension just one student walked out of Sayreville HS this morning #1010wins. Administrators warned students not to walk out pic.twitter.com/AEEFiThf7O

Kops are on a “school safety” panel tonight at @BlackKnightAVID #CHS. After wielding automatic rifles at a student protest AGAINST GUN VIOLENCE. pic.twitter.com/ZEnKypnlFD 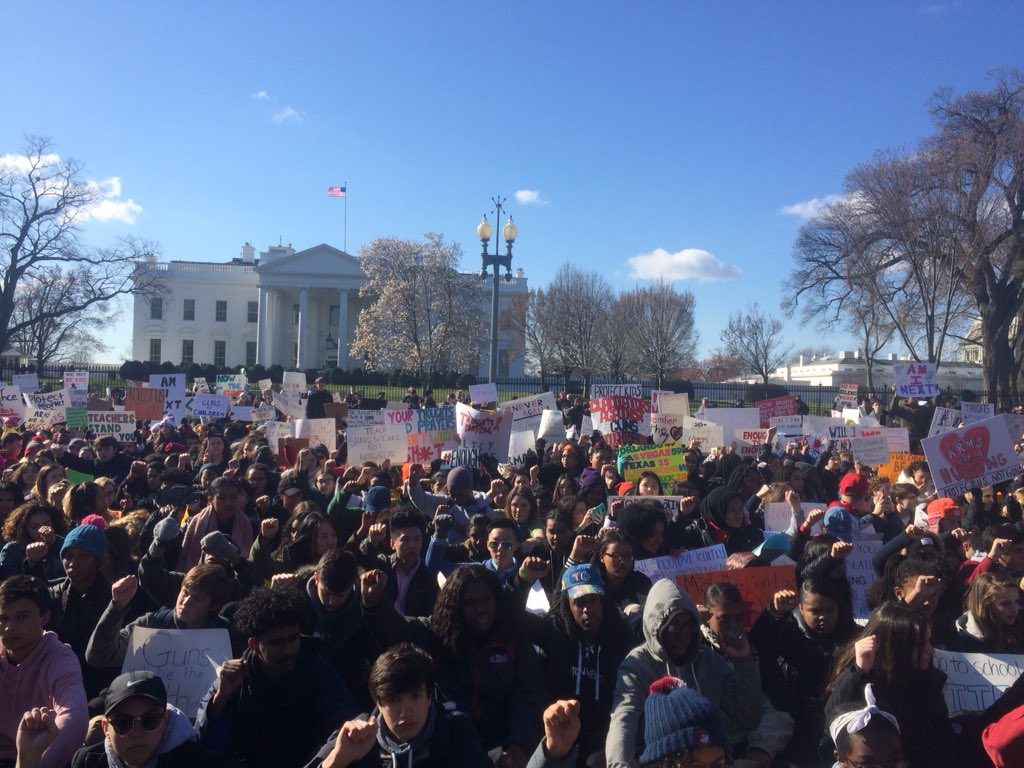 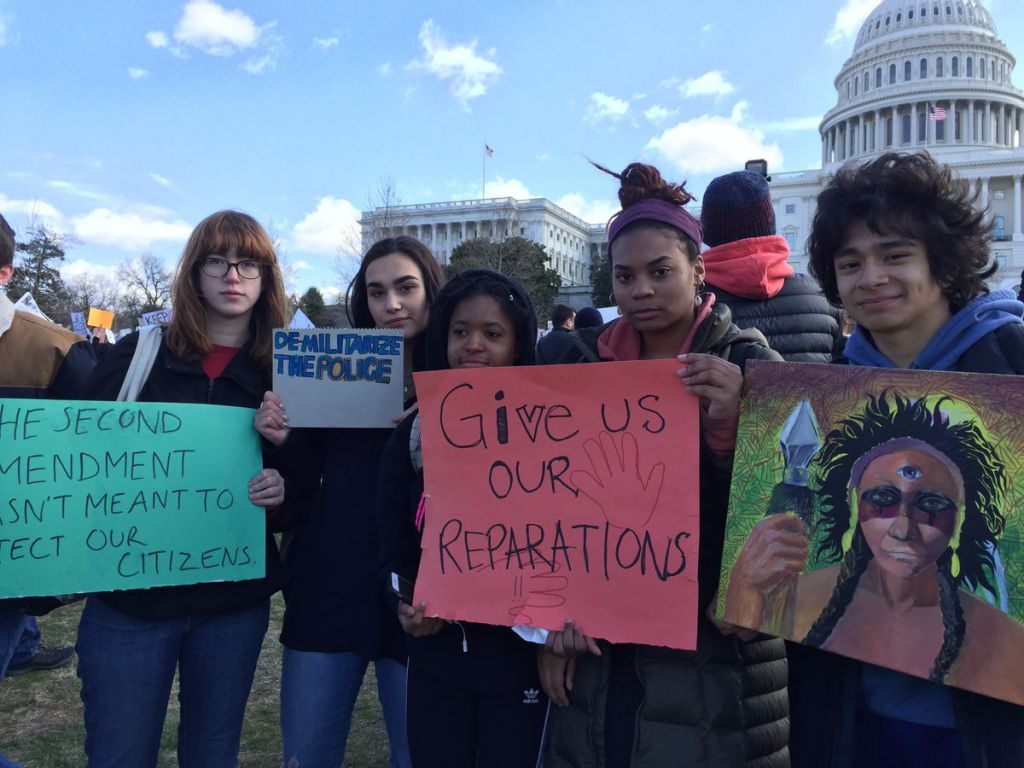 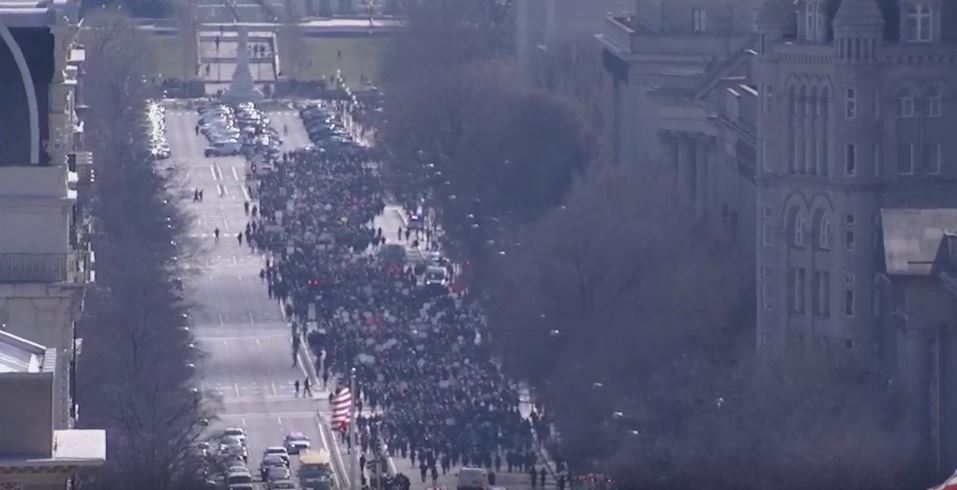 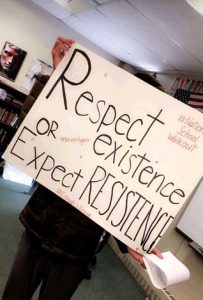 For Philly students, safety is not law enforcement in schls. #TrustStudentVision is about funding for restorative justice, counselors, social workers & mental health supports.

Thousands of #SanFrancisco kids chant “Hey hey! Ho ho! The #NRA has got to go!” followed by #BlackLivesMatter

As those cries echo through our sometimes-foggy downtown, I have never been prouder to be an @SFUnified alum. pic.twitter.com/f0uLxgiXmZ

Raytown South High School student: “We have never seen anything like this at our school or in our district.”
This morning hundreds of students across Kansas City walked out of class to send a message. #NationalWalkoutDay #NeverAgain @41actionnews pic.twitter.com/o4vWLqcox0

Editor’s note: Students at Antioch high school are facing some finger-wagging from liberals and conservatives alike. They went above and beyond any of the respectable protests that were expected, getting real rowdy to the point of tearing down an American flag and jumping on a cop car. While everyone else will either ignore or scold them, we’re here to say: kids, you’re doing great! Keep it up!