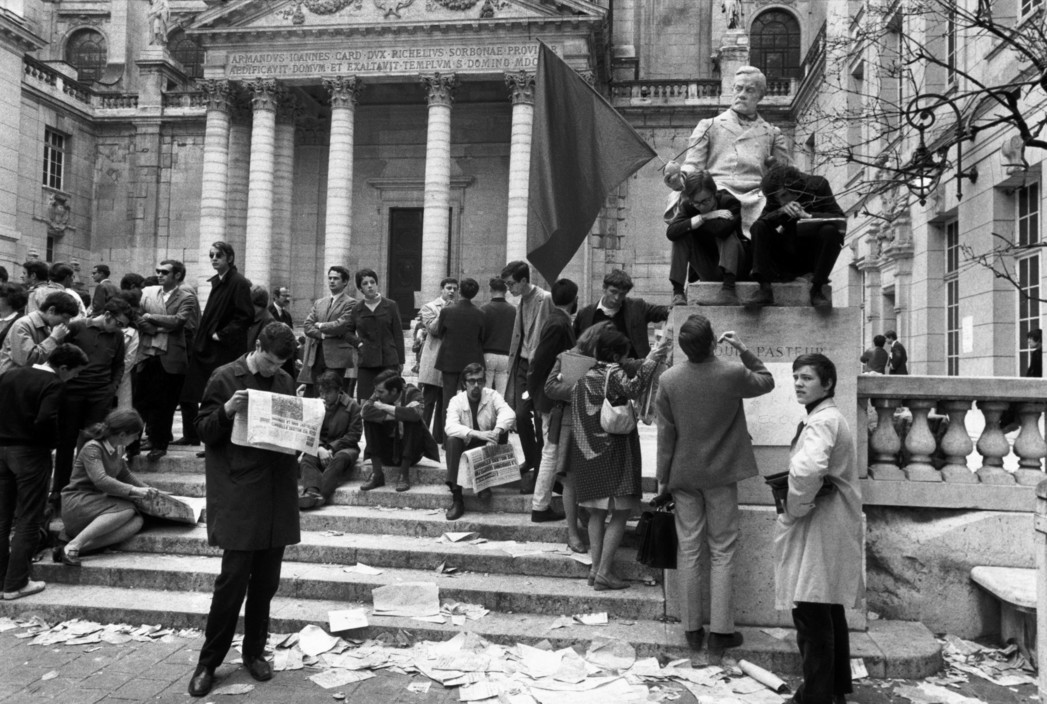 2018 marks the passing of half a century since the global youth insurgency of 1968. Students across the world took their struggles beyond the limits of the University as an institution and began to imagine new ways of learning and living—forms that broke the social walls between “Campus Life” and “Public Life.”

The so-called spirit of ’68 survives in the insurrectional language that, to this day, can still occasionally articulate a bridge between the accounted-for and the unintelligible. Under the paving stones, the beach. The act of translation can only be a direct act. 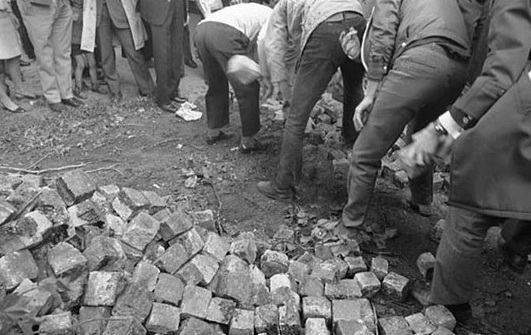 Fifty years later, to speak of the reemergence of a “student movement” is to speak of the dead and not their spirit. The endless attempts to “democratize” the University, to make it “run for and by the students,” fail even when they succeed. Academia has pacified the language of the ’68 uprisings within the University and its lecture halls, textbooks, and mechanisms of assimilation. This corpse of a student movement is propped up by an endless array of life support systems—non-profits, professionalized activists, student government politicians, and official channels for action—that speak the language of the old movements while ensuring that nothing resembling them could ever truly emerge again. The University can listen to all the demands thrown at it and accomodate all the movements that claim to speak for the students—so long as we all end up going back to class the next day.

This is where Cutting Class comes in.

Cutting Class is a platform for the kids of Generation Fucked to share news, resources, tools, critiques, music, memes, radical projects… all that good shit that might make us ungovernable.

To seek out a new insurrectional language that exceeds the University, that threatens the social roles of Campus Life. To practice speaking from life and developing new capacities. To shatter academia’s monopoly on historical memory. To learn new ways of deciding our friends and enemies, of recognizing accomplices and preempting those student politicians who would rather see us work to rebrand the University as “progressive” than to destroy class & classes altogether. To transmit glimpses of possibilities and alternatives that have been suppressed and new ones emerging on the horizon. To provide tactical knowledge, memory, and tools to assist other students in their discovery of this insurrectional language, their encounter with the undercommons, and their construction of a new world.

Most succinctly, Cutting Class is a project that intends to inspire truancy.

Today, you can see smoke signals billowing from campuses in Santiago, Montreal, Athens, Paris, the Bay Area, London, and all across Mexico and South Africa. You may have even noticed there are kids starting to pass notes filled with incoherent prose at your school too. Truants are everywhere, and we need to find each other—whether we’re skipping class to put together a zine, masking and fighting fascists on campus, seizing or sabotaging infrastructure, or inhabiting spaces with each other instead of working on our resumes, we all share a common refusal of the University from within. We hope to elaborate a practice of insurgent truancy—a way of refusing the imperatives of schooling that takes on an active, combative position within and against the University. The truant is neither student nor dropout.

What we lack is a way to engage each other outside the apparatuses of our enemies—a way to speak to each other not mediated by the spectacle of news reports, official University statements, movement officials, and so on. Cutting Class aims to create, connect, compile, and circulate the knowledge of a conspiracy: a conspiracy that already stretches from coast to coast, that infiltrates new campuses every time a student, teacher, or worker finds a new way to scream “fuck school” with the sincerity of a truant. In connecting people and communicating ideas, we hope to develop a framework for counterinformation that can describe the emotional, tactical, strategic, and ideological lessons and realizations of a lived-event to comrades that are coming from widely different emotional and material experiences of struggle. Though we are separated by hundreds of miles, identities, and theories, the nuance and difference in our thought represent opportunities to challenge and diversify the struggles and give rise to a multiplicity of fractures & conflicts within and against the University.

“Autonomy therefore means: desertion, deserting family, deserting the office, deserting school, deserting all supervision, deserting men’s, women’s, and the citizen’s roles, deserting all the shitty relations in which THEY believe us to be held—endless desertion. With every new direction that we give to our movement, the essential thing is to increase our power…”

– Tiqqun, This Is Not A Program

So this is an invitation to cut class with us. To discover what lies beyond the walls, or what latent potentials we can reclaim from the spaces within them. This is simultaneously an invitation to get organized in the spirit of ’68, and to say Fuck ’68, Fight Now!

If you’d like to reply to this invitation, here are some ideas: