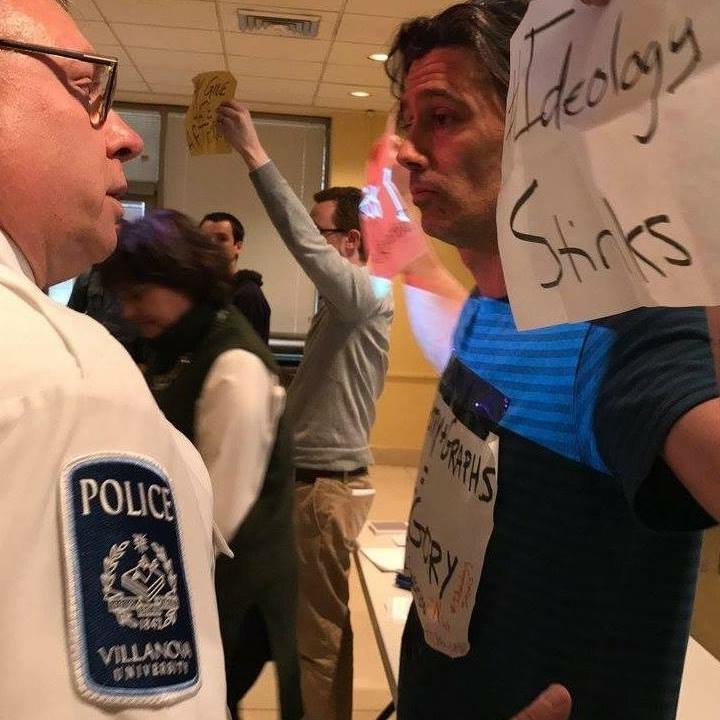 Over the next few days, we’ll be publishing pieces to highlight the work of some of the groups participating in the Cutting Class counterinfo network. We hope this will provide some clarity on where our crews are coming from and how that affects the way we have organized this project.

We also hope that these interview questions can provide a template for other autonomous groups to distill a collective understanding of their context and projects. If your crew finds these questions useful, write up a summary of your conversations and send them our way as a form of introduction! Cutting Class can be your platform, and we’d love to publish an interview with your crew and start collaborating—not just around CC but also with any other projects that these introductions might incite!

Introduce your crew: what projects are some you working on, how long have you been around, where are you based, etc etc.

RED—the Radical Education Department—is based in Philadelphia and is made up of undergraduate and graduate students, contingent faculty, and full-time faculty. We grew out of “Nova Resistance,” which was a collective that we hastily formed to plan a direct action in the spring of 2017 at Villanova University. We disrupted a talk by the eugenicist fake academic Charles Murray, who was invited on campus by a Koch front-group called the Matthew J. Ryan center. We stormed the front of the event with a banner, chanted and yelled to disrupt the talk, and then (when we were taken out by security) created an impromptu, radical teach-in directly outside the event space’s windows.

Footage of our direct action is embedded above. We also prepared a statement about the event that can be read here, as well as a broader intervention aimed at reframing the “free speech” debate (click here to read).

From there, the core of Nova Resistance decided to look beyond resistance on a single campus. We formed RED to help build and connect revolutionary struggles across various educational sites, as well as to add to the efforts of those developing tools to integrate antifascist resistance into a broader, positive project of socio-economic transformation (our initial manifesto can be read here).

Our research and writing fights back against the liberal and conservative ideologies that demonize radical struggle, and we’re aiming to cultivate connections between campus groups in order to spark broad, radical, multi-campus actions in the future. That kind of project—involving revolutionary, federated students, teachers, and campus workers—can be a powerful tool, especially when merged with off-campus movements.

What are some challenges you’ve faced (internal or external)?

The biggest challenge has been an extremely practical one: lack of time and energy. It takes a lot of time to be an organizer, and there’s a lot of work that goes on behind the scenes: sending and responding to emails, posting to social media, coordinating with other groups, writing articles, providing feedback on work by others in the collective, etc. It can be extremely hard to find time to do all of this while also doing what’s needed to keep up with family obligations and the mundane tasks of survival under neoliberal capitalism.

We’ve found a few ways to work around this issue.

What do you think some of the major limits, and major, untapped possibilities for radical campus organizing are today? How can we address those limits and realize those possibilities?

History shows how much power on-campus struggles can have—like in May ‘68 and in the massive 2007 uprising of Canadian students. And radical, on-campus struggles have exploded in recent years, especially anti-racist and anti-fascist movements. Now is the time to start thinking seriously about how to make connections across campuses and between campuses and the streets, all the while helping push things further left.

But whether they’re on college campuses or beyond, radical groups are often deeply disconnected from one other, so that we’re working without a common strategy. This doesn’t just mean a fractured and weak Left. It also means we can’t learn from the accumulated knowledge and experience each group carries within it.

Even when we do work together in larger groups, we tend to be in really unstable, “umbrella” movements (think of Occupy or large-scale student marches) that fracture and disappear fairly quickly, especially when they’re pressured by authorities or the state.

All this raises some key questions. On a particular campus, what are the best ways to break down the boundaries between the most radical students, faculty, and staff? How can we help build a durable, cohesive, and truly transformative movement across many campuses? How could that movement bridge on- and off-campus struggles?

People are answering these questions in some interesting and important ways—for example, Cutting Class is a model for how different groups can learn from each other and coordinate with one another.

But to help further provoke that conversation, here is a potential strategic framework designed to link and amplify radic al leftist struggles on college campuses:

But again, this is just a suggestion that we hope will spur further discussion. The strategy we’re proposing here could and should undoubtedly take on different forms in diffierent circumstances. But the central feature is the establishment of strong, highly coordinated networks of allies invested in revolutionary leftist organizing.

How does your project connect with/support radical movements in your city and beyond? Are there good relationships worth mentioning? Bad ones?

Building connections locally and beyond—but especially in Philly—is a major focus for RED right now. We’re something of a new group, so we’re at the beginning of that project.

Still, in mid-March we’re hosting an event at the anarchist, volunteer-run bookstore, the Wooden Shoe, on “Antifascist Education.” Ania Loomba, who has been involved with the University of Pennsylvania’s chapter of the Campus Antifascist Network, will participate, as will Kempster (Ghani) Songster, one of the co-founders of the Redemption Project. We’re also creating an interview series with some of the most interesting radical groups in the Philly area that we can find (to appear soon). First up is an interview with someone in the Philadelphia chapter of the anarchist Black Rose/Rosa Negra federation. We are also in touch with activists who were targeted in the infamous MOVE bombing in West Philly.

Moreover, we’re emphasizing the need for an international perspective, which is absolutely essential for understanding how capital works. One of our members connected with an activist in the recent Iranian protests—Rahman Bouzari, who just published a piece on the events in Counterpunch—and we’ll be running an interview with him and other activists soon. We would like our platform to allow local, national and international struggles to be nested together so that it’s clear that—even though we are based in Philadelphia—that our struggle is global.

What are some short and long-term objectives your crew has been working towards?

Based on what I’ve said above, I think there are a few key tasks for a radical, campus-based movement:

What is your relationship to the rest of the campus left?

We’re still at the beginning stages of building the connections we need, and some of us are struggling with studying or teaching at conservative campuses (we’ve written about organizing in this kind of climate here). However, we are developing some interesting connections. One of our members has close ties with United Students Against Sweatshops, which can, we hope, be an ally in the future; and we’re beginning to connect with the Campus Antifascist Network at the University of Pennsylvania. One of our members teaches at Graterford Prison and is connected to various activist network around prison abolition.

We still have a lot to do, but the work continues!