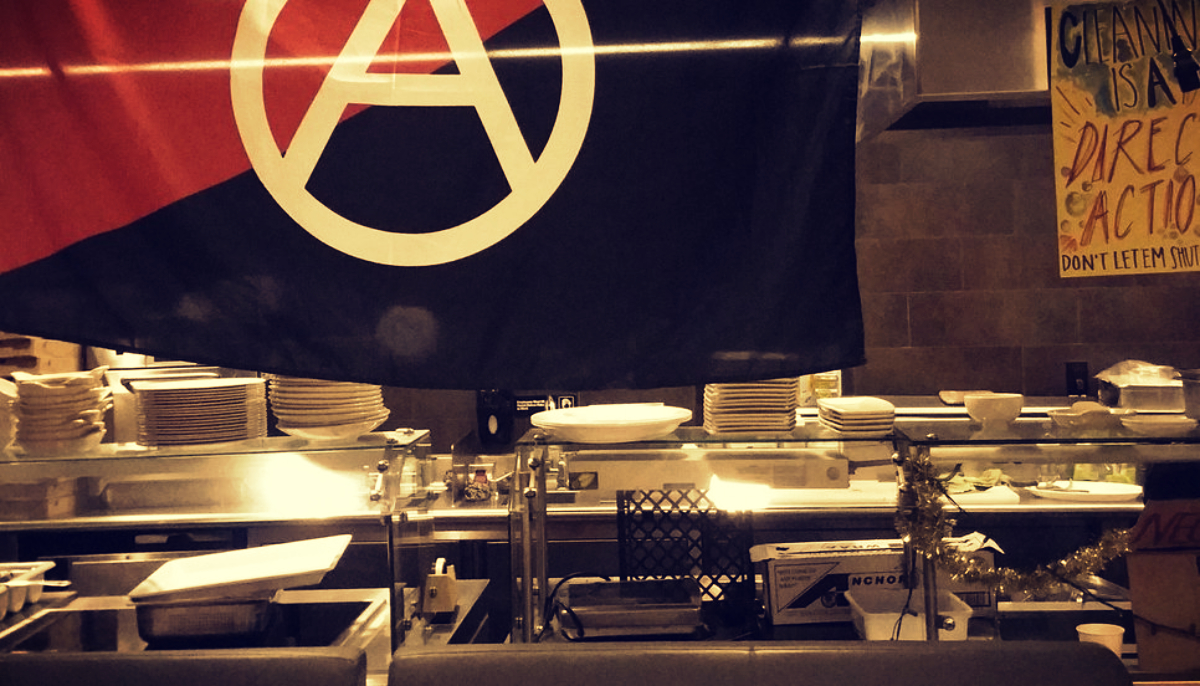 Originally published by It’s Going Down

Since May Day, students, workers, and community members have taken over a section of a private university, the New School, and run it as a communal kitchen; feeding students, strikers, workers, and the surrounding community all for free. The occupation was started to demand the end of a set of layoffs of cafeteria workers, and has also become a gathering place for workshops and meetings.

Tonight more workers came to the cafeteria and thanked students for occupying. Apparently, negotiations are finally moving along. An agreement of terms was signed but a contract has yet to be ratified, so the occupation continues #OccupyTNS #Allofusornone pic.twitter.com/1GosrQo2Ft

In this episode of the It’s Going Down podcast, we talked with three people who spoke on this ongoing occupation at The New School. The campus itself has a long history of occupations, however this time around, students and staff occupied the dining hall and ended up serving three free meals per day as they also pushed for their demands to be met, and created a combative culture and radical space in the process.

During our interview, we talk about how the occupation began, as well as what is behind the administration seeking to fire the existing staff and replace them. We also talk about the various political tendencies at work within the occupation, as well as how the occupied cafeteria has attempted to link up with other struggles and strikes. Lastly, we touch on how both the university and the unions have responded to the strike, largely by directing people to go home.

As we speak, the occupation at The News School continues, as are pickets and demonstrations to demand that the university stop its lay offs of staff. For more information on how to help the occupation, check social media including the Metropolitan Anarchist Coordinating Council in New York and also come out to the cafe!